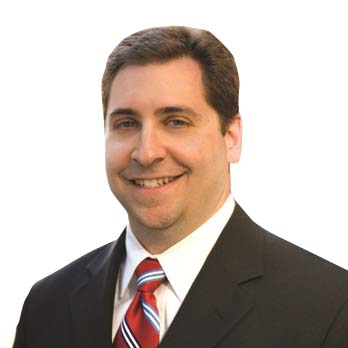 Rick Perr is a partner with the Philadelphia law firm of Fineman Krekstein & Harris, P.C., where he concentrates his practice in complex commercial litigation and professional liability defense. He is a nationally recognized authority and lecturer on creditor’s rights, representing creditors, law firms and agencies against individual and class action allegations invoking federal and state consumer protection laws, including the Fair Debt Collection Practices Act, the Fair Credit Reporting Act and the Telephone Consumer Protection Act. Mr. Perr also advises entities and individuals on matters related to compliance in the credit and collection industry, including review, implementation and auditing of policies and procedures, especially in adherence with governmental regulatory bodies such as the Consumer Financial Protection Bureau (CFPB).

Mr. Perr is a Past President of ACA International, having served from 2017-2018, its President-Elect from 2016-2017 and its Treasurer from 2013-2014. He is the past Chair of the Members’ Attorney Program Committee (MAP Committee). He previously served as the State Compliance Chair for Pennsylvania and New Jersey. He also currently sits on the Board of Directors for the Mid-Atlantic Collectors Association.

Mr. Perr has been recognized among his peers as a New Jersey “Super Lawyer” from 2006 to 2011 for his expertise in business litigation. He has also received the coveted distinction of being named a 2008 “Lawyer on the Fast Track” by The Legal Intelligencer and the Pennsylvania Law Weekly. This prestigious award is bestowed upon a select number of Pennsylvania lawyers who have shown outstanding promise in the legal profession and who have made a significant commitment to the community-at-large.

Mr. Perr has served as a foreign policy intern for then United States Senator Al Gore (D-TN) and was the Chairman of the Burlington County Democratic Party. Mr. Perr also served as an Adjunct Professor of Law at Rutgers – Camden School of Law, teaching Election and Political Campaign Law, and has appeared in numerous national, regional and local publications and on broadcast media on the issues of politics and election law. He was also a contributing author for the twenty-volume encyclopedia Constitutions of the Countries of the World.

Mr. Perr has a B.A. in Political Science, English and History from Rutgers College and is an International and Foreign Law Honors graduate of Rutgers – Camden School of Law. He is admitted to practice in New Jersey, New York and Pennsylvania, and before the United States Supreme Court, the United States Court of Appeals for the Second, Third, Seventh and Eleventh Circuits, and the United States District Court for the District of New Jersey, for the Eastern and Southern Districts of New York and for the Eastern, Middle and Western Districts of Pennsylvania.